"We are back in the same block of flats in Gdansk’s Zabianka district. This is where Adam Darski, later known as Nergal, lives as a kid. He was born on June 10, 1977 in nearby Gdynia. A regular kid from a regular family – father, mother, older brother. No traumatic experiences from childhood, no dysfunctional behavior in school. Quite the opposite, the young Adam is a good learner, does not cause problems, and has above-average intelligence. Looking at his family photos from the 1980s, it is hard to imagine that in less than two decades he will be heading one of the world’s top black/death metal combos. God walks the mysterious paths? Perhaps, as long as it is a left-hand path.

Years later, Nergal attempts to bring back the school memories:

“I remember that as a kid I thought myself to be Catholic. I never really got into the details of faith but I did go to church every now and then. Still, my intuition told me it was not a good place. Later, as a teenager, I even attended religion classes for some time, but as extreme music was becoming increasingly more important in my life,my eyes opened to the world and I liked the Christian faith less and less. I felt estranged in it. By the time I was fourteen, I was in underground music up to my ears–it was music that opened worlds to me that I never suspected existed. There were bands that broke sonic limits but also bands that opposed everything that was considered order. I really liked it and I was so impressed. This underworld was where I felt at home. In retrospect, I was just becoming more assertive in expressing myself, my views and my discontent with the reality around me. Music, the ideology that came with it – they played along and strengthened my unbelief. Still, the beginnings of my rebellion were probably comical. I went to these religion classes, where they changed teaching priests several times a year. So I always went and sat at the back of the room and watched the priest and then drew a sketch. Most of these were really obscene – boy,was I popular with half of my classmates because of them!”

But before Nergal began to express his rebellious self in music, he had to receive musical education. At the time, his older brother Pawel listened to hard rock and heavy metal bands. It was thanks to him that the 8-year-old Adam came to know such names as Deep Purple, Black Sabbath, Iron Maiden, or Accept. And as the twig is bent, so grows the tree.

“My brother’s cheap cassettes were my first exposure to metal music. He had Van Halen, Deep Purple, that kind of stuff. I remember I was awed by IronMaiden’s clip to “Wasted Years,” which I saw on our black-and-white TV set. It has to be said that Polish television ran such things with some regularity in the late 1980s. I remember Accept’s concert in the Olivia Hall in Gdansk. And Metal Battle – it must have been 1987 – with such bands as Atomkraft, Wolf Spider, or NastySavage.” 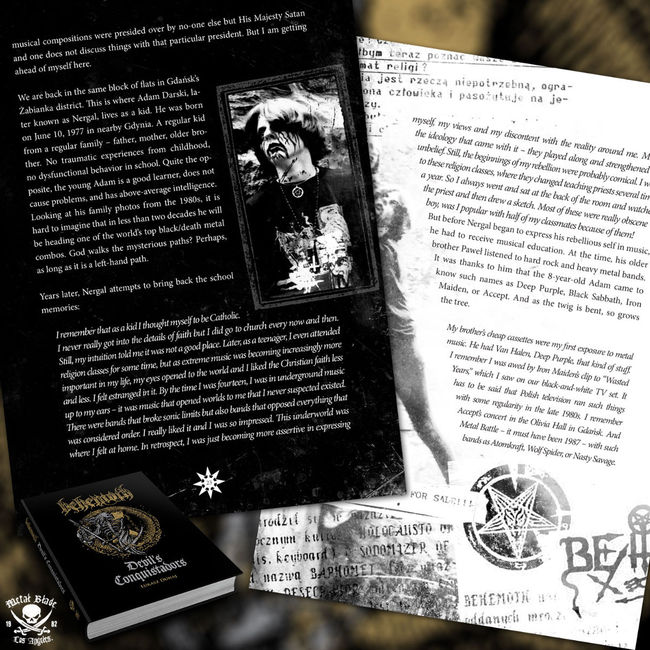