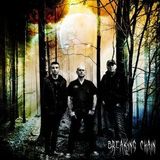 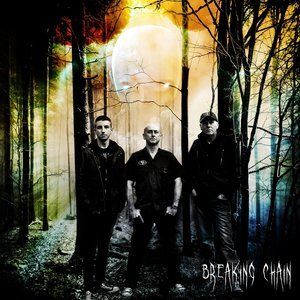 NEROCROMO MUSIC and HEART OF STEEL RECORDS are excited to announce the official single of BREAKING CHAIN, outfit Heavy metal band from UK! The band was founded in Stoke on Trent by Rob Mosely and Paul Ibbs, well known for having played with LE GRIFFE, legendary band of the NWOBHM. The single titled "Real" is now available on digital market on every worldwide webstores, iTunes, Amazon, Spotify, Deezer, Google Music, Nokia, Emusic... Also the video will be published in a video platform that includes Youtube, Vube, Digiteka, Dailymotion and Beat100 channels. 3o Years since the release of the 1st Le Griffe Recordings, and after 2 Failed attempts to re-form the NWOBHM Legendary Band, Paul Ibbs & Rob Moseley Join Forces with Former HeadRush Drummer Tom Bevan - to Deliver a “Powerhouse trio” Intent on Writing New material “taken” from years of Experience in the Music Industry & Life’s Trials & Tribulations in general. The “Distinctive” Twin Harmony Guitars Have been Refreshed & Modernised and are about to be Dragged “Screaming for mercy ”, into Modern Day Rock Anthems . The Intentions aren’t to be a “Copy” of Le Griffe, but seeing as Rob & Paul were an Integral part of the song writing partnership on the 3 Vinyl Releases in the mid 80’s ( along with the other members of Le Griffe ) then there will Inevitably be a Lot of “Comparison” between Any New material From Breaking Chain & their Former Band . In Le Griffe’s days, Bands passed Demo’s between Members in Cassette form, But todays Technology advances allow Groups to Record Hi Quality Products which can be shared over the Internet within minuits. Breaking Chain have the Structure , & Now the Skills to do this, as “Drive Studio’s” ( running ProTools 10 ) is the Bands Own Recording & mixing facility, Run & constantly Updated by the Mad Head Bass Player , where Demo’s of New songs can be recorded & instantly sent to individual Band members. Breaking Chain were formed in March 2014, but the story Begins 2 years earlier when a Search through Rob’s Garage Files revealed a Photograph of the 1st Line up of Le Griffe . The Black & White picture was scanned, uploaded to Robs Facebook page & a Normal afternoon of family life was begun . Later on that Saturday afternoon Rob Logged back onto facebook , to find Messages about the picture , from All over the world . Fans of Le Griffe from Japan, Brazil, Italy, Portugal got in touch & were asking questions about this Original line up. The extent of “Interest” in Le Griffe prompted Rob to attempt a reunion, but this was Not to be . A further attempt of a reunion was made by Robs fellow member of No Favors (Neil Ogden), who was playing at that time in NWOBHM band Demon, & also in new Band “Lawless”, as there was an AOR & NWOBHM festival being staged in the Stoke-on-Trent area. But Again, This was Not to be So, out of Disappointment comes a Totally New Band, Full of Passion, Drive & Dedication . Work started on a track called “Real”, This is a Beginning, This is a Great Start. This is EVERYTHING . Breaking Chain members: Paul Ibbs : Guitar Tom Bevan : Drums Rob Moseley : Bass Guitar & Vocals OFFICIAL VIDEO: https://www.youtube.com/watch?feature=player_embedded&v=6LWxBCd2vQ8 Site: http://breakingchain.nlz.it Label: http://heartofsteel.nlz.it Press bureau: http://dvlgator.nlz.it