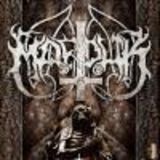 "As we can see Rose Production(http://roseproduction.pl/) canceled one more tour(disaster on dismember tour, decpaitated and so on ) , and make problems to everyone once again. If we all see, Rose didnt got "time" to announce and to let promoters know what exactly happen, and what's the cause of Marduk balkan tour cancelation .

As i am the promoter of Serbian concert, i feel obligated to give all of you little explanation what we recived from band and from other people on that tour . First of all , Rose Production was responsible for organizing Balkan Tour. We were notified in advance by other agencies/record labels not to work with them .

We asked Rose production couple of times is everything ok with a concerts, should we go with tickets on sale and so on. They confirmed that everything is ok and they have sent contracts to all promoters in Balkan . After horror in Poland, Rose didnt provided entire backline for band, tour bus broke in the middle of nowhere , they didnt payed to Marduk last two show's and so on , they just told Marduk to fly back to Stockholm .

They even didnt told us what's going on, cose we could urge and rent mini van or smth. like that on our own , and still make this tour possible . Last update was , "we've got some problems after Marduk show in Krakow, and band decided to quit" , can you imagine ?! We promoters in Balkan, Croatian Uriel Production , Serbian Legacy Promotion, Bulgarian Most of Evil Music, and Romanian Acta.Mediacom tryed to make this tour still happen .

And spoke with Morgan , he was still into it to do the rest of the concerts, after all problems that they got on first couple of show. But at the end we couldnt manage to organize everything for two days , unfortunatly .

We promoters are obligiated to say, that our reputation are down in our countries cose of Rose Production, fans are angry on us(noone cancel show's 3days before the concert) , we lose a lot of money( we all payed for venue rent, posters/promotion, pa/lights, and so on ) , promoter in Bulgaria payed 50% in advance, band is angry, we are angry, guys from Koldbrann are angry , everyone is ripped off .

We await Morgan and Marduk official statment regard tour cancelation . Tour manager Martin Florjanski, say that's the worst company in the world that he worked with ... and so on .

" Rose Productions have cancelled the rest of WHERWOLF TOUR 2007 (see list of dates below). The reasons were beyond the bands control and the fault is Rose Productions' alone. Unfortunately the bad rumours surrounding this booking company showed to be true. Spread the word and make sure this "company" is out of the business for good!

We would like to use this opportunity to hail all fanatics who showed up at the concerts in Warszawa, Poznan, Wroclaw, Krakow and Katowice, as well as MARDUK, MASSEMORD and the support bands. As for the concerts that will not happen we will try to make a return to the Balkans in 2008. Await the Devil's Thresher!
"
We working on rescheduling tour for january/february 2008 . We all feel very sorry cose of this , but situation is beyond our control . Await official Marduk statment and we all looking forward to bring Marduk on Balkans in January/Feb. Marduk deserved it !!!"