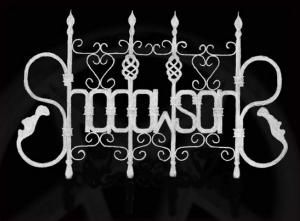 The idea of Shadowsong and the universe around it was created by Cerberus(drums) in the winter of 2007. The first member he recruited was Eisenroth, with whom he played in an earlier music project, followed by Dani(keyboards). The first "official" song composed by the three was called "Moonlight Misery" and soon after, a fourth member joined the band, Colin(guitar). These events were followed by three gigs: two in Suceava and one in Falticeni at "Prockultura Festival". After the first Prockultura Festival edition, Ancient, who was an old friend and fan of the band joined in as a bass player. So, the lineup consisted in Cerberus, Eisenroth, Dani, Colin and Ancient...but this was about to change. After a concert in Discotheque Vox in Suceava Colin left the band. A new member had to be found...and that member was Septhiroth(guitar) who was also an old friend of the band. After Septhiroth joined, the band maintained a steady lineup having played at Metalis Night Festival III in Iasi, "After a year of LMC" in Bucharest, Metal Ages Tomis Fest in Constanta and playing alongside Bucovina(renouned pagan metal band from Romania) in the hometown of Suceava. As a wise man said....more will come. Line-up : Eisenroth - Guitar&Vocal Septhiroth - Guitar Cerberus - Drums Alexandra -Keyboard Teiu - Bass Ex-members : Colin - Guitar Alex -Vocal Dany - Keyboard The Ancient - Bass Ioana - Keyboard