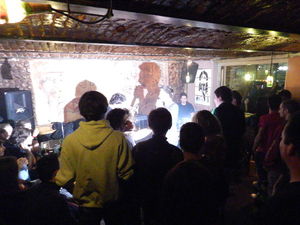 Our story begins in the autumn of 2007 when a few open minded dudes fed up with the teenage way of life decided to start a new way of spending their afternoons...the new thing was"Simbio"...they(Devy-Guitar...Roby-Drums-..Paul-Bass)started the first rehearsals and soon wanted more..in the summer of 2008 they had their take off with their first official vocals Emil. Soon after they had the debut concert in their hometown Simeria and a month later the second one in Johns Pub Deva.Shortly after these events they disbanded only to be reborn in a new setup.In december 2008 Ionutz(current vocals) joined the band bringing a new twist to things..some time has passed and in that time we have performed in the romanian underground opening for bands like Implant pentru Refuz-Godmode-EyeSeeRED-Propaganda-RockHouse-Heretic Soul and playing at festivals like Memoriam fest-Alba Iulia and Free Bikers Weekend-Nandru. We are an alternative metal band with a lot of influences that make our sound unique.We always try to bring something new with every song we write.We will soon bring more material and will let you guys decide if Simbio deserves a place in your mind,soul,computer,player! SIMBIO has a great new drummer and will soon begin concerting! Adu was with us from the beginning and he decided to crank it up and join us with his awesome drumming!!