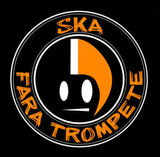 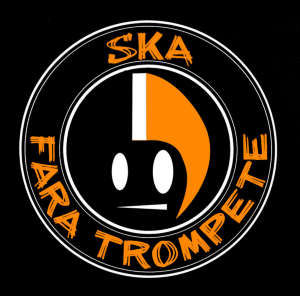 Ska fara Trompete (translated Ska without Trumpets) is an Romanian ska-punk band that formed in Iasi in 2006. The band was formed by guitarist, and for a brief period, vocalist, Ciolan Vlad & bassist Simighian Vlad. Ska fara Trompete’s style of ska punk was initially influenced heavily by alternative rock & grunge, though as they progressed they began to leave that behind and incorporate elements of punk rock & street punk into their sound. Ska fara Trompete released a official demo, “Seminte de Ska” (Ska Seeds), and appeared on a compilation released by a known punk fanzine from Romania, More Punk Than You. The band first release, and only so fare, “Seminte de Ska” was a alternative, grunge and punk rock influenced record. On More Punk Than You compilation, they appear with the track “Skanotimpurile” (ska seasons), a ska punk and street punk track about the punks habit to drink on any occasion. Ciolan Vlad & Simighian Vlad named the band Ska fara Trompete (Ska without Trumpets), because of the simple fact that the band never has and never will have trumpets or other instruments like that. Ska fara Trompete formed in Iasi in July 2006, when old friends Ciolan Vlad, guitarist for Iasi based alternative band “Datora” & Simighian Vlad were going home, kind of drunk, talking about ideas for some songs, and about forming a band. After a couple of months the idea becomed reality, when Ciprian Rambu, bassist for “Datora” joined the band at drums and the trio recorded the “Seminte de Ska” (Ska Seeds) demo in the living room of Ciolan Vlad. Sadly, Ciprian Rambu left the band after a couple of days after the demo was released. After Ciprian Rambu’s departure, Ska fara Trompete recruited Hobincu Alexandru, vocalist for the band “Datora”, on drums & Tenea Alexandru on vocals, two weeks before the band’s first concert, that took place on 13th September 2007. After a couple of concerts Tenea Alexandru left the band. For they third concert, the band recruited Valentin Borcan on keyboards, but he was kicked out of the band after that concert. Another important moment for the band happened on 21st January 2008 at a concert, when Los Pogos, a well known Romanian street punk band, asked the band to play with them “Politia” (Police). In may 2008, the band recruited Alex Iosub who replied to a advertisement, placed by Ciolan Vlad on a forum, but he left the band after two concerts. In the summer of 2008, the band was invited to sing at a student festival in Costinesti with Vita de Vie, but Hobincu Alexandru was in Germany, so the band asked Ciprian Rambu, the original drummer, to come back only for a show, and he accepted. In December 2008, Lucian Ghimpu who also replied to a advertisement placed by Ciolan Vlad, joined the band, and the band started playing with high profile punk bands like Dance Trauma & Recycle Bin. Also with Ghimpu, the band had their first concert in another country, on 21st March, 2009 in Chisinau, Moldovia. At the beginning of the summer in 2009, Lucian Ghimpu left the band, being replaced by A. I., with which the band had a very important concert, in Bucharest with P.O. Box, a ska punk band from France, at which Ska fara Trompete got great reviews.