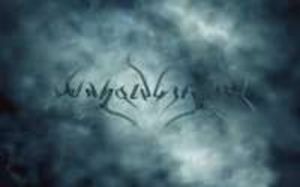 The year of 1997 witnessed the birth Unholy Ritual when Erevos (vocals) and Bertram (drums) set the basis for the band in Athens (Greece). With different line up changes in the years followed, U.R finally found a steady formula with the arrival of Q_Snc (synths), Drakhon (bass), Ianos (guitar) and Gareth (guitar) in 2000. In the summer of 2001, the first demo "Denial from Heaven" was recorded and was met with good critics from both the public and the press (including the Greek Metal Hammer and the Bulgarian Xaoc Magazine). Immediately, Unholy Ritual started playing on various stages gaining a vast experience of live performance and proving their ability to storm stages in both Greece and Europe. Unholy Ritual was the supporting act for elite acts like Mayhem, Marduk, Satyricon, God Dethroned and the Greek thrash metal band, Flames. Moreover, the band was the headlining act for several concerts in Greece, but also in the Winterstorms Fest 2001 in Sofia (Bulgaria) and on the second day of the Metalheart Fest 2003 in Costinesti (Romania). With Trauma replacing Ianos in lead guitars, Nykterion joining in rhythm guitars and Blastphemer (also member of Greek metal band W.E.B.) taking over the drums, the band found its most stable lineup and already back on the metal scene with several live performances inside and outside Greece. The music of Unholy Ritual could be described as Majestic/Symphonic Black Metal; the band chooses to drift away from the classic Greek metal sound crafted by the likes of Rotting Christ and Varathron having its own unique identity, Elaborated and refined, the opus embeds variant influences and creative efforts into a black metal nucleus. The band with the collaboration of the Director Christos (www.myspace.com/christos98) produced the music video of the band new single Vae Victus from the upcoming album Rex Mundi, The video captures the fundamental elements of 1920s horror film era combined with the new age terror ambience of films like Silent Hill , thus creating a mostly extreme and disturbing visual and auditory experience. In summer 2008, the band inked a deal with Emotion Art Music Ltd. While putting the final touches to the highly anticipated debut album "Rex Mundi" .This sort of cooperation being the first for a domestic label with our band will open the door wide on the international scene, bringing forth a twisted blend of extreme symphonic hatred to the underground black metal community. For Booking / Management / PR please contact with: Unholy_ritual@hotmail.com